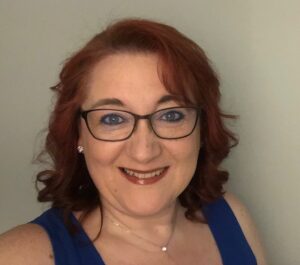 My name is Darlene Woiden.  I was born and raised in Nova Scotia.  I have been happily married to BGen (ret’d) Kelly Woiden for the past 20 years.  We are the proud parents of two wonderful, hard-working, caring adult children – Leigh-Ann Woiden and Parker Hubley.  We don’t have any grandchildren but we wait with great anticipation.

I currently work as a Personal Medical Office Assistant to a very busy Otolaryngologist in Ottawa.  I am responsible for maintaining all aspects of his practice from scheduling his days, all appointments and surgeries, clinics, billing, maintaining current protocols as they change; coordinating with all other office admins and physicians to ensure maximum usage of our office at all times.  Previous to this, some of my work experiences included positions of high-level administration in sales and marketing.  I am proficient on computers, software applications and database software.  While not fluently bilingual I do have a basic understanding of the French language.

In my work career I have been called upon numerous times to take the lead on multiple projects such as a nation-wide radio contest with the jewellery company I was working for at the time, designing a new office including all construction and computer software and hardware for a surgeon, and again all new IT structuring in my current position.

I am hard-working and results driven.  I enjoy a good challenge and look forward to contributing what I can to the Cadet program.  I have always had a true interest in youth programs that teach life skills and promote social wellness, acceptance, diversity and equality while still maintaining a level of interest and entertainment.  When my son joined cadets, my enthusiasm for the program didn’t go unnoticed and I was quickly recruited to the Support Committee for 1226 Fort Garry Horse.  A year later I became the Chairperson; working with the 3 other parents in the group.  Within 4 years I was able to grow the committee to 35+ parents.  As a diverse group, we were able to draw from each other and assist in providing the Corps with many opportunities.  For example, we were the first Corps in Manitoba to achieve “green light status” and the first Corps to put Cadets in a Santa Claus Parade.

My volunteer experiences include:

When we moved to Ottawa, I made a conscious decision to step back from any involvement with the cadets due to a potential for conflict of interest with Kelly’s position and connection to the senior leadership of the Cadet Program.  We both feel that enough time has passed and there is no longer any conflict. During his term I had the opportunity and privilege to travel extensively with him.  I met a lot of interesting and dedicated people and got to see first-hand many of the Corps and Squadrons across the country and was exposed to many of the activities offered by the Cadet organization.  While the army cadets are still my favourite I can’t help but be proud of the leadership this country provides our youth as a whole.