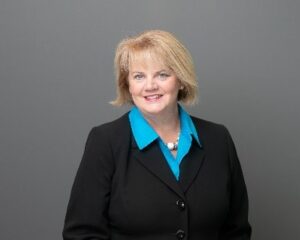 Glenda Ouellette is passionate about enabling people to achieve their unique potential in work and life.

Glenda currently volunteers with the Army Cadet League of Canada where she has been a Board Member and Treasurer since April 2019.  She also volunteered in an advisory capacity to the national League as Vice-Chair National Finance Advisory Committee (2017-19) and Chair, National Budget Advisory Committee (2015-17).  In May 2020 she was elected to President of the Board of the Duke of Edinburgh’s International Award Program – BC/Yukon Division and she is also a board member with the Duke of Edinburgh’s International Award Program – Canada.

Glenda holds a Bachelor of Arts from McGill University, a Master of Business Administration from Queen’s University, and is a Fellow Chartered Insurance Professional with the Insurance Institute of Canada.  She also completed “Get On Board”, a Director Education Program provided by the Canadian Board Diversity Council.

In 2018 Glenda was honoured to receive the prestigious Award of Merit from the Insurance Institute of Canada for her outstanding service to that organization.

Glenda first became involved with cadets in 2010 when both her sons joined the program; her oldest joined Army Cadets while her youngest joined Air Cadets. Glenda is employed as Vice President, Auto Insurance Division with HUB International in Burnaby, British Columbia and resides with her husband, Bruno, in Langley.